New York’s longest apartment is worth $10 million, stretches down an entire block, and has one full-time doorman. Trading up has never felt better for an A-list political couple. 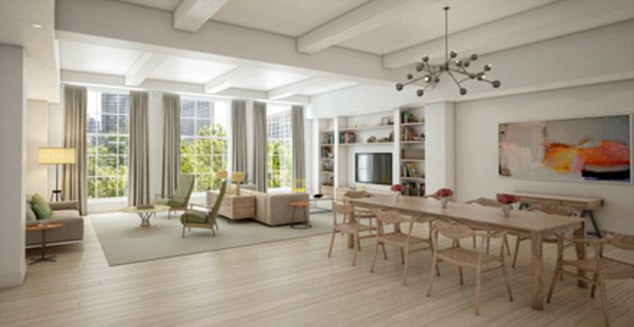 Located in The Whitman Building off of Madison Avenue, former First Daughter Chelsea Clinton and husband Marc Mezvinsky’s 5,000-square-foot “luxury fortress” boasts lavish features that include a key operated lift and a 252-square-foot planting terrace – not to mention the staggering 250-foot hallway.

The Whitman building is nearly 90 years of age and houses four separate units within this grand palisade. Located in the corner of Manhattan’s Flatiron District, which has been viewed as one of the most attractive and sought-after areas to live in, this massive residential building carries historical legacy dating all the way back to its birth year in 1924 when it originally served as a showroom and headquarters of a fabric importer.

The Former First Daughter and husband Marc Mezvinsky bought the apartment in early-2013 after parting ways with their $4 million pad.

To the public eye, moving to The Whitman Building is hardly an upgrade to their prolific lifestyle as their former apartment, a 1,922-square-foot starter pad in the Grand Madison, offers luxurious amenities like an open chef’s kitchen and unforgettable views over downtown Manhattan.

Ms. Clinton and Mr. Mezvinsky’s new apartment holds six and a half bathrooms, a home office and den, and a beautiful 252-square-foot planting terrace with plenty of outdoor space to relax and people-watch.

Aside from the multiple dishwashers, massive walk-in closets and commodes for him and her, and private storage unit, the couple also enjoy a private “residents only” gym and a refrigerated package room. If you’re unfamiliar with a refrigerated package room, it’s typically a safe haven for your perishables that are sent from all over the world, so that you can sit in peace while you’re out of town at another exotic locale.

Clinton and Mezvinsky were both intrigued by the block’s quiet vibe and tight security. The opportunity to live in a New Georgian-style pre-war building with high ceilings overlooking Madison Square Park was too much for the couple to pass down.

Living alongside the lofty couple in the Whitman building are other A-list celebrities that include the likes of celebrity icon Jennifer Lopez, NASCAR driver Jeff Gordon, and hedge fund manager John Silvetz.