The Playboy Mansion, which gained fame for the elaboratye parties and celebrity visits staged there, has been sold! The home, which was originally listed for $200 million, but the undisclosed “nine digit” price tag it sold for could set records, says Jeffrey Hyland of Hilton & Hyland. 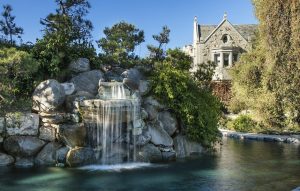 The mansion was built in 1927, and gained fame for the exotic parties, hot movie stars, prime athletes and esteemed billionaires who would frequent its grounds. It was designed by Arthur Rolland Kelly, who was the chief architect for hundreds of elaborate homes in the Los Angeles area.

Hugh Heffner’s Playboy Enterprises purchased the property in 1971 for a sum of $1.05 million. There, Mr. Heffner made it his home long term. 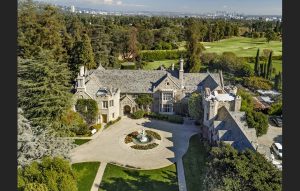 Daron Metropoulous, a neighbor of Mr. Heffner, purchased the adjacent house in 2009 and wants to complete the collection with the Playboy mansion. For him, the astonishing parties and scantily clad women aren’t nearly as interesting as caring for the house itself. His goal with this purchase is to preserve Mr. Kelly’s architectural pedigree. 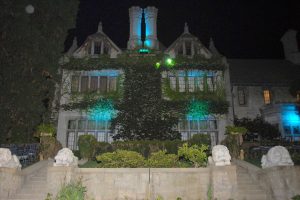 Under the terms of the purchase, the 90-year old Hugh Heffner will be allowed to live out his life on the property. Once Mr. Heffner has departed, Daron will connect all of his property and turn the area into a 7.3 acre compound.

“The heritage of this property transcends its celebrity, and to have the opportunity to serve as its steward would be a true privilege,” Mr. Metropoulos said. He declined to disclose the purchase price.

The property measures roughly 20,000-square-feet, and the mansion has 29 rooms (with 12 bedrooms for entertaining guests) spread across 5 acres of land. The property also a license to operate as a zoo, making it one of the few private residences in the city to have one. Hugh Heffner also added both a swimming pool, and a grotto, to the already luxurious property back in the 1970s. It’s unclear how many of those improvements will remain over time.

What’s certain is that this sale is sure to rock the luxury housing market in Los Angeles, and may drive prices even higher.