Northern New Jersey has long been a popular spot for rich and famous people looking for a secluded hideaway that is still within close proximity to New York. However, as The Hackensack Record points out, the combination of the credit crunch and the impact of dwindling stock prices on the portfolios of the wealthy have significantly slowed the demand for luxury homes in the area and caused prices to plummet. 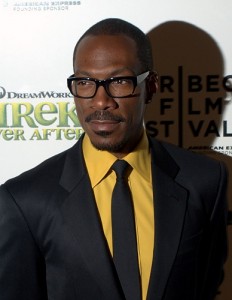 This trend can be seen in the real estate sales of homes belonging to some of the area’s most public figures. Comedian Eddie Murphy’s 30-room mansion in Englewood, N.J. was listed in 2004 for $30 million. It is still on the market today, even though the asking price has been cut by more than half to $12.75 million. Hip-hop impresario Russell Simmons has also had trouble selling his 35,000-square-foot mansion in Saddle River, N.J. – it was originally offered for $23.9 million in 2007 but is now listed for $13.5 million.

The bottom line is that there is simply not the demand to meet the supply of luxury homes in the area. The New Jersey Multiple Listing Service, which tracks the luxury home market, reports that sales of multimillion dollar homes have fallen sharply in northern New Jersey since 2007. East Brunswick home appraiser Jeffrey Otteau estimates that there is a seven-year supply of properties listed above $2.5 million in Burgen County alone.

Along with a lack of demand, there is also a lack of financing. The credit crisis of 2008 limited the ability of everyone – including the very wealthy – to gain access to mortgages. Many luxury home sales relied on jumbo mortgages that were financed by mortgage-backed bonds which subsequently collapsed with the rest of the economy.