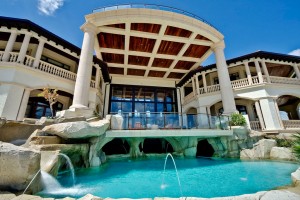 Most outsiders who think about real estate on Grand Cayman are probably turned off by the multi-million dollar homes that dot the island, but there are a number of luxury properties in the $1 million range that were just built. According to James Bovell of Cayman Islands RE/MAX, not only is there an appetite for these homes, the locations make them extremely attractive buys.

Twenty-three of the approximately forty-two homes available in August of 2015 are canal-front properties. One would think these amazing views would go for a much higher price point, but the reality is that these homes have had to lower their price point in order to sell. Rather than signaling a drop in value, this price decrease actually shows that sellers in the Cayman Islands are taking a more realistic valuation of their properties. In some cases, Cayman Islands luxury real estate is earning an increase over asking price.

It’s also worth noting that price drops in the canal-front area of the island are seeing significantly smaller declines than those with an ocean view or those inland. This could be driven by the length of time a home sits on the market, as the average days on the market is slightly higher than properties with an ocean-front view.

Grand Cayman real estate is still susceptible to market pricing, so homes must be priced to sell. In some ways, the buyer has a huge advantage because he or she knows that a canal front property is available elsewhere on the island, making negotiation a bit easier on the buyer side.

Sellers who refuse to negotiate on price face upkeep costs while they attempt to sell the property, and that can take up to three years in some cases.