Sandra Bullock recently moved into a New Orleans mansion she purchased for $2.25 Million. he mansion, known as the Koch-Mays house, was built in the 1860s. It boasts 6,615 square feet, five bedrooms, four and a half baths, ornate chandeliers, and a lagoon-like pool in the backyard.

Several photos were posted on a real estate site prior to the sale which you could see here.  She purchased the house last year in June, but moved there last month. She has since probably changed the decor from what you see here.

Sandra Bullock also last month announced that she had adopted a new baby since January. She is currently going through a divorce with her husband Jesse James. 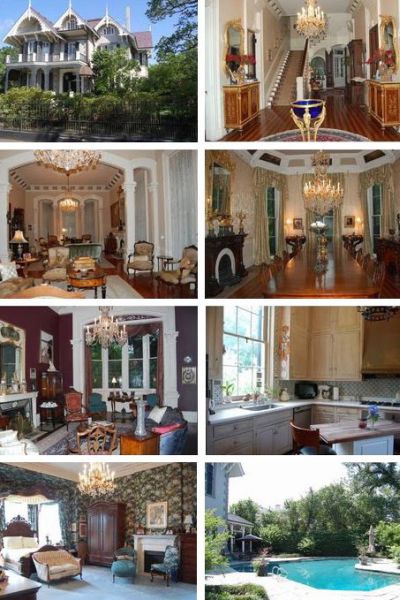