Architect Steve Herman has just finished this amazing glass house in Montecito, California. He calls it the “Glass Pavalion.”  The lot measures 3.5 acres and has provided lot’s of space for the design. Mr. Herman usually designs houses in Hollywood and Beverly Hills on much smaller lots.

The first level has a  huge car garage for car collectors, with walnut columns. The house also has 5 bedrooms, 5.5 bathrooms, a kitchen, a wine room and an art gallery.  Many of the furnishings are also designed by Mr. Herman. The property was initially designed by Mr. Herman for his own use and took 6 years to built. However, midway he had a daughter, who is 10-months old now and he changed his plans.

The house is up for sale for $35 million. 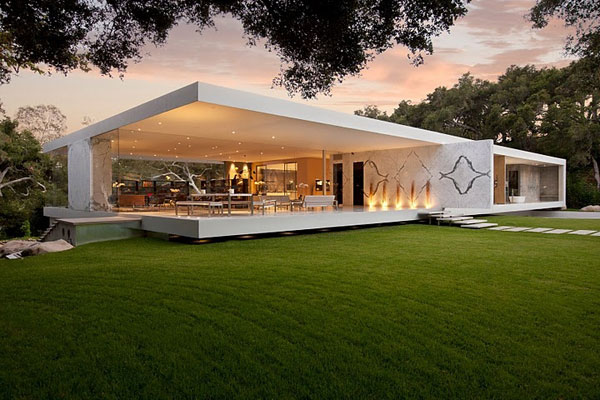